What You Will Learn 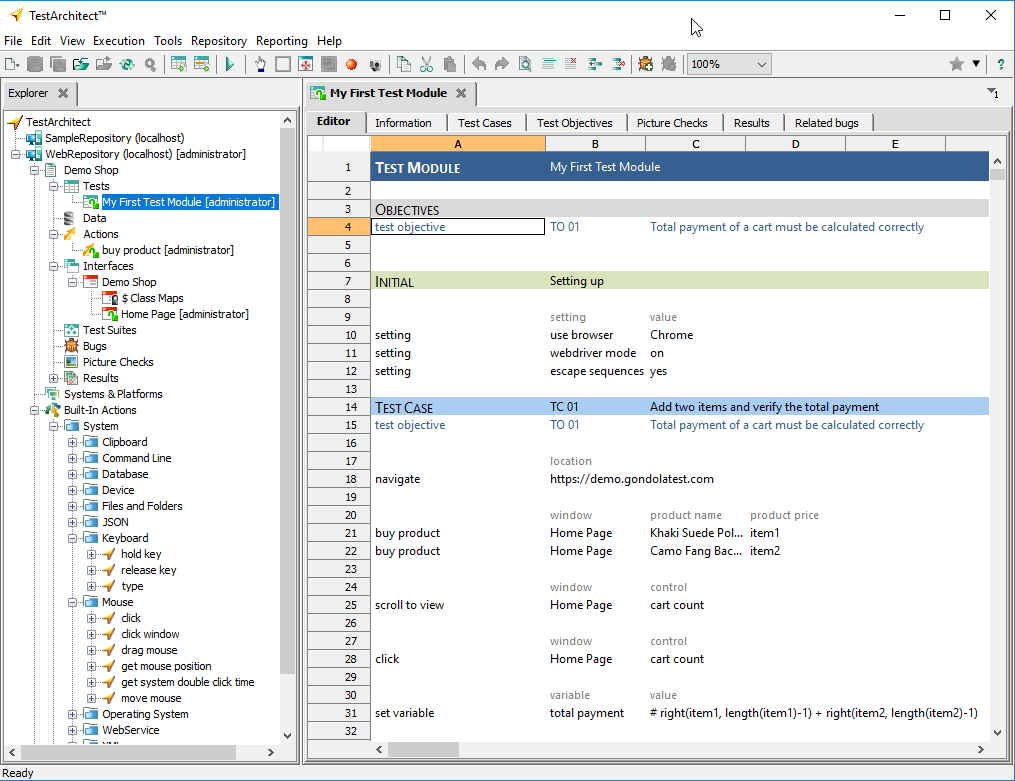 Test Modules contain the test cases that share the same test objectives. Each test case inside a test module can be interdependent or independent. Choosing which style to design your tests totally depends on you. The below image illustrates a test module called Action Based Testing in TestArchitect. The first test case in this test module (TC 01) tries to rent one car and checks whether the total payment is calculated correctly. 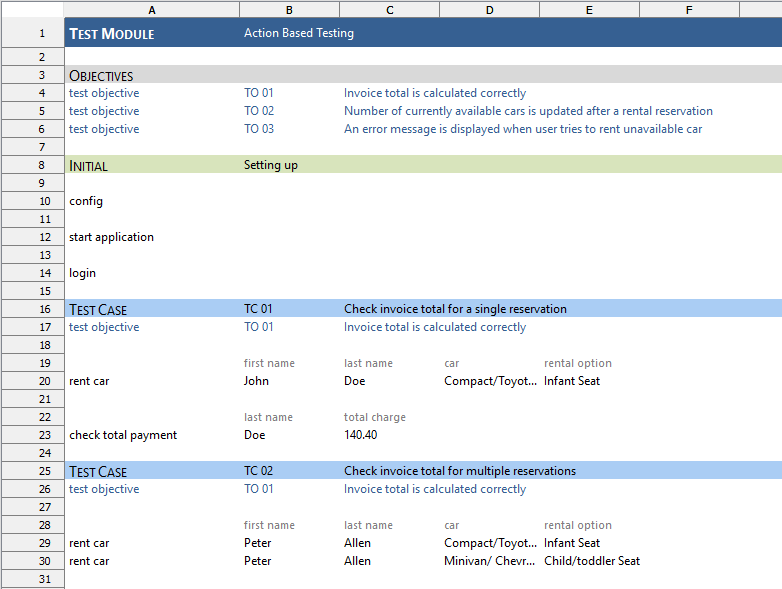 Actions are the keywords that make up test cases in test modules. You can reuse +400 prebuilt actions of TestArchitect such as click, enter, type, move mouse, etc. or build your own user-defined actions. The below image shows the content of a user-defined action named login which keys in username and password then clicks the Login button.

Interface Entities store element locators that help TestArchitect to find such elements on screen. For instance, you want to capture a button on the GUI of a web app, you could use Chrome's POM Builder extension or TestArchitect's Interface Viewer to find the best XPath for that button. Then, you'll store that XPath in an interface entity inside TestArchitect. 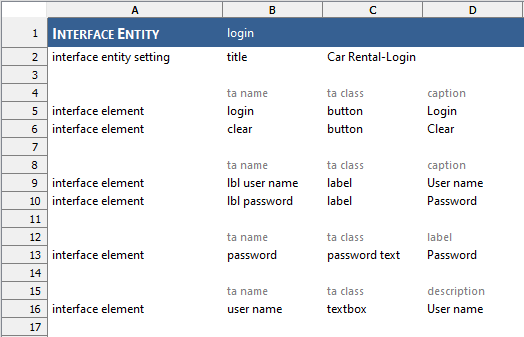 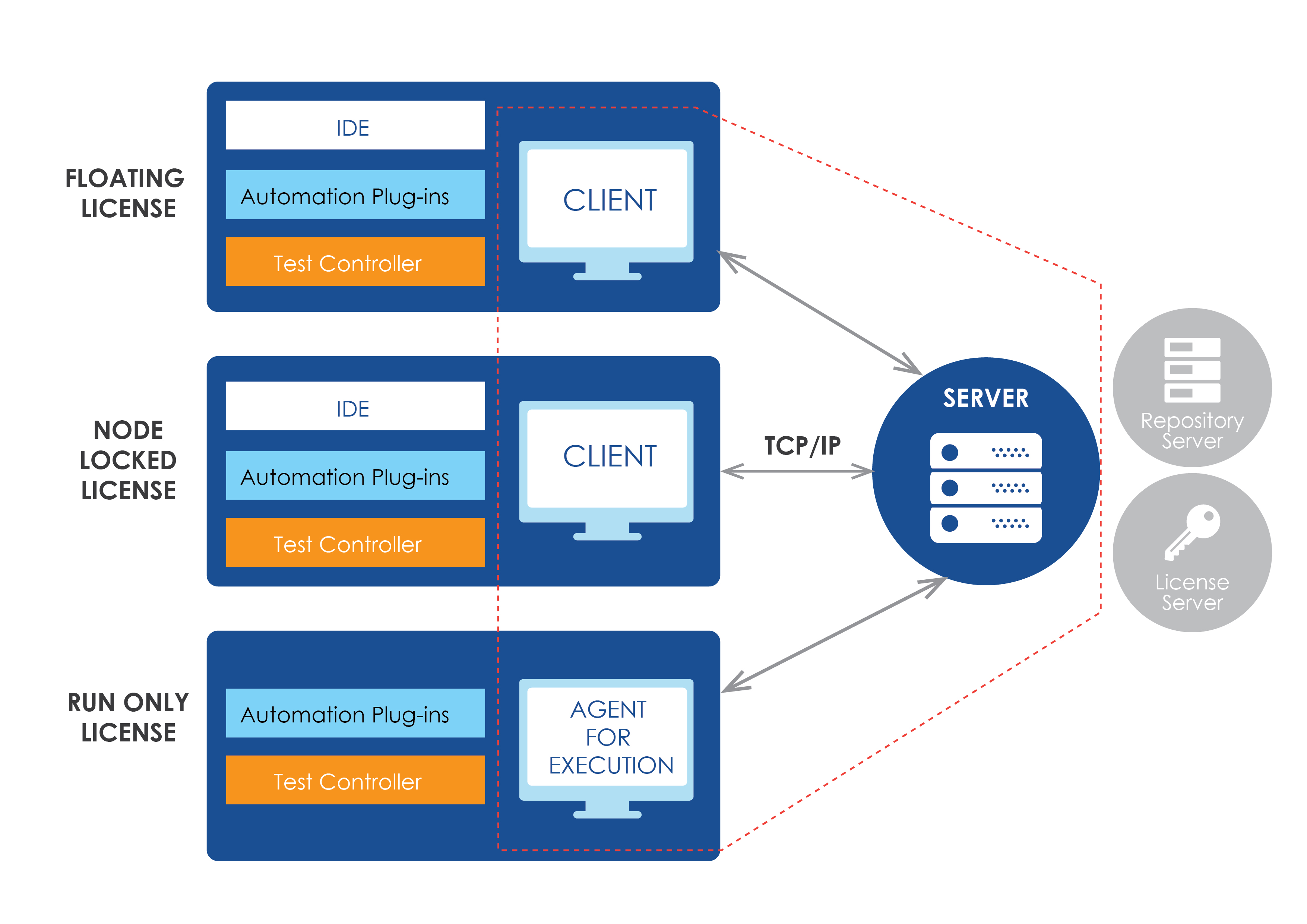 TestArchitect Repository Server stores all TestArchitect repositories that can be shared among your team. One repository may contain more than one test project. Each test project stores your test modules, actions, interface entities, data sets and other test assets.